Canada is a great nation, a country where rights and freedoms are respected and a place of opportunity. The world’s second biggest country has a lot to offer. Rich in natural resources, the country has a strong economy, in fact, is one of the world’s wealthiest nations. Canadians enjoy a very high quality of life, and Canada has ranked among the top ten countries in the world to live by the United Nations. Canadian life reflects the country’s relatively immigrant-friendly policies. Since Canada adopted a national policy of multiculturalism, there is a stronger sense of community in Canadian towns, which celebrates the country’s diversity. 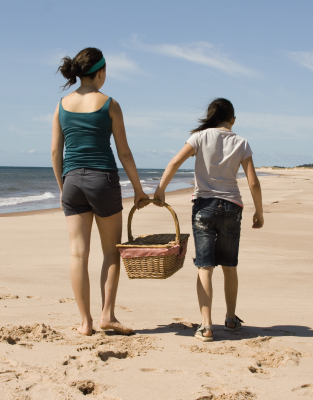 The Maritime Provinces of Nova Scotia, New Brunswick, and Prince Edward Island share a historical and cultural heritage. Among of one of the most beautiful landscapes in Canada, quality life is a key consideration for potential newcomers. The region’s growing and traditional industries include Agriculture, Aquaculture, Biotechnology, and Research and development. The cost of living is lower than it is in the large metropolitan centers of Canda with affordable housing and education, from daycare to post-secondary centers.

PEI is Canada’s smallest, but we would also say one of the prettiest and friendliest, provinces. The population of PEI is just over 145,000 with a little more than half of the population living in rural areas. Charlottetown is the capital city with a population of approximately 34,600. PEI is primarily known for its agriculture, tourism, and fishing. In addition to these traditional areas, PEI is also home to the University of Prince Edward Island, Holland College and a number of institutes and companies working in research and the development of innovative technologies including in the aerospace, information technology, bioscience and renewable energy sectors. 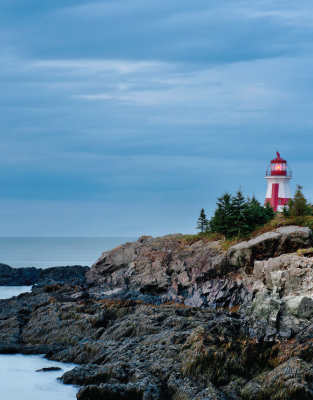 New Brunswick is the largest of Canada’s three Maritime provinces. It is located under Quebec’s Gaspé Peninsula and beside the State of Maine. New Brunswick was one of the first provinces, along with Ontario, Québec and Nova Scotia, to join together to form the Dominion of Canada in 1867.  New Brunswick has experienced immigration on a smaller scale from all over the world, and today boasts a varied and increasingly multiculturalpopulation.[1] 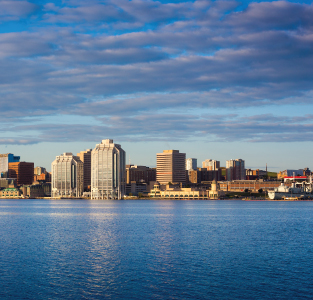 Nova Scotia is another of Canada’s Maritime provinces. Canada’s Ocean Playground, Nova Scotia has some of the world’s best beaches, coastlines, and highest tides. With a long and storied history beginning with the Mi’kmaq people through early British and French colonizations and a strong early Celtic influence, Nova Scotia was one of the original four founding provinces of the Canadian Confederation. Today it is well known for its culture, music, food and hospitality. With a population of just over 940,000 citizens, Nova Scotia is Canada’s second smallest province after Prince Edward Island. A significant portion of Nova Scotia’s population lives near its capital city of Halifax. Nova Scotia is home to six universities and a community college, the regional adult and children’s tertiary care hospitals and a growing information technology and innovation sector. The exportation of fish and fish products and the defense and aerospace sector are also major drivers of the provincial economy.